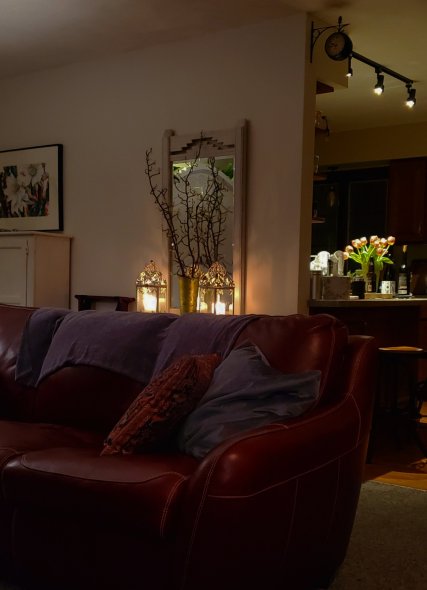 Clutter on the counter

Shoes piled at the door

There’s a sense of something more

Sounds of life around me

Cats are stretched out on the floor

Where there once were plans for someday

Now I’m holding something sure

is the journey of souls