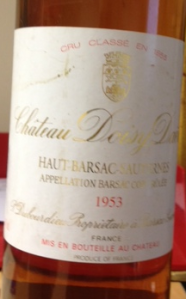 It’s my birthday (August 19th), which makes me a Leo. With the advent of Facebook and the reminders of friend’s upcoming birthdays, I realize that I have many Leo friends. We are all weird in the same way. Each of my fellow Leo’s has no problem having a microphone thrust into our hands at a gathering, nor do we cower when someone says, “Who wants to get this party going?”. We are often found with small and occasionally large clusters of friends in cahoots on some whacky venture we (most often) instigated. Though we have worked at jobs for someone else, we all thrive on doing our own thing and creating wonder out of whatever we can find.

A while back, it occurred to me that when I was conceived might actually have more impact on the weirdo that I am and so I have taken it upon myself to reverse calculate my own conception, as well as other people of my generation (baby boomer) to see if there is anything to my theory.

We are the products of a simpler time. Dad’s went to work wherever they worked, and moms, most of them anyway, were home raising the kids. Most of us lived near extended family, which meant that most of us had some sort of regular extended family meals, which were typically Sunday dinner. Predominantly Italian, my family gatherings included various combinations of grandparents, aunts & uncles and cousins, depending on the calendar, holidays and physical proximity to one another. The days when it was just the five of us at our kitchen table felt sparse. Being the social (Drunken Thanksgiving Hook Up Baby) that I am, I preferred the 30 to 40 characters wandering around my house and the big food buffet spread any day.

I am (probably) the product of slightly tipsy to drunken sex after a Thanksgiving gathering. Since parents see these gatherings differently than children experience them, the vibe in the air the night (or day) that my parents did the deed was probably one of secretly surviving the dreaded table gathering of family members at an event that required attendance but no specific present giving. The focus at that time of year was on Thanks-giving; gratefulness. Once they reached the privacy of their bedroom after tucking in the tryptophan and pumpkin pie filled comatose children, they gave their own kind of thanks for surviving another meal with the crazy relative, annoying mother-in-law and nerve testing siblings.

Below is a handy-dandy calculator to quickly ascertain when your own biological parents hooked up. If your parents were sports nuts or not, you might be able to take a very educated guess as to when you were “made”.

My husband is most likely the result of a post tailgate party at UW, Madison after the Wisconsin vs. Marquette game on October, 3, 1953. Wisconsin won the game, 13/11 with 51,000 fans in attendance at Randall Stadium. Yep. That’s probably how they celebrated the win. A “what the hell, let’s do it” kind of roll in the hay. They probably had a baby sitter back home with the other three boys and stayed on somewhere in Madison for the night for a little mini vacation, sans children.

I like to think about weird stuff like this. I’ve got one sister who was a Tax Week conception. They probably got a refund that year and did a little dinner with wine hoorah. It could give a clue about Capricorn people who make great accountants, tally takers, inventory list makers and bankers. The other one is a first week of summer vacation conception. Weather heating up, no air-conditioning back in 1952, mom in her ray-bans and cotton shorts, dad in his shirt sleeves looking all young buck Italian. It might explain her fantasy like Piscean world. Yep. Not hard to get the vibe of the week when you play this little Conception Game.

I know you want to look yours up too so here is a link to a sight where you can use their calculator and narrow the search on your own conception date. Then go look up news, weather and events of the world that week. It’s a whole new way to look at birthdays. Dive in there.