Somewhere back in our cellular memory, we likely carry the echoes of the luxury of wealth and all it affords, or we carry the scars to the body, mind and soul received while serving the wealthy.

In our comfortable middle to upper class existences, we move through our daily lives like the courtesans and friends of royalty of long ago. We can afford to eat at a restaurant and stay in a hotel while we’re on our vacations. We can hire workers to do the things that we don’t have skills to do or we simply chose not to do. We order our meals and (some) make a show of complaining when the food doesn’t magically appear at the table within five minutes. We wave over our server as if we are French Aristocracy to announce that the wine is corked. We don’t want to see what’s happening back in the kitchen. We don’t want to think about the actual “farm to table” experience and who it was that picked this baby artichoke perched at an artistic angle in the small pool of lemon aioli.

Our new *leader* is talking about walls and sweeping immigration and deportation. Like his hair care knowledge, he has no clue what works and what doesn’t. His policies and those of the GOP will leave America not only looking as ridiculous as said hair, but will bring an economic hammer down on us that will cripple the nation.

Maybe it’s time to start thinking about those people and connecting the dots between everything we expect to be available in our supermarkets and restaurants and those same workers the GOP wants tossed over a wall.

The Bracero Program. You may have studied it in U.S. History.

During World War II, under the Bracero Program, the United States brought Mexican laborers into the country to remedy wartime production shortages. Named for the Spanish word for manual laborer (bracero), the program began in 1942. I should say, it officially began in 1942, but the truth is that manual laborers had been working farms all along, reaching back to when strongholds of food producing lands were still Mexican territory.

Way back in 1928, when many white citizens were complaining that Mexicans were taking jobs away from “Americans”, a Chamber of Commerce representative from California testified to Congress on the need for allowing US businesses to hire migrant workers. “We, gentlemen, are just as anxious as you are not to build the civilization of California or any other western district upon a Mexican foundation. We take him because there is nothing else available. We have gone east, west, north, and south and he is the only man-power available to us.” The Farm Bureau asserted that “California’s specialized agriculture [requires] a kind of labor able to meet the requirements of hard, stoop, hand labor, and to work under the sometimes less advantageous conditions of heat, sun, dust, winds, and isolation.”

He went on to refer to these temporary workers as “Homing Pigeons”; laboring long, hard hours spending months away from their families but always with their eye on finally returning home.

It’s a fairly simple scenario to understand. Farmers grow food. They harvest and process the food. They sell it to a domestic market or it goes out of the country as an export. The things they grow must be able to compete in those market places by remaining in an affordable, yet profitable price range or they are driven out of business by competition who will sell the market a cheaper product. Selling affordable products means having low over head and that means cheap labor.

And now, let’s be honest, companies will always be looking to pay as little as possible for laborers. And most young, healthy Americans feel that work of this kind is “beneath them”. Not all young, healthy Americans. I personally know a few who work regular jobs and on their “time-off” they can be found picking cherries and harvesting other crops for the extra money. They also do it so that their family or their neighbor’s farms will have product harvested on-time and at the market while it is still sell-able.

And that, my friends, is perhaps the most ignored portion of the “illegal worker” situation when considering migrant workers. Produce Spoils. There is a window of time in the world of farming when the product is ready to harvest and when it’s over, if that is your only crop, you are done for the year. It’s a mad rush of seasonal frenzy and then it is the dead silence of a fallow field or an orchard empty of fruit.

Some have expanded their options and now use hoop houses and crops that can be gathered year round, but some solutions to the short grow season only work in temperate climates like Texas, California and Florida. Not so for the corn, wheat, barley and other staple crops of the “Bread Basket” states who must wait out the winter and spring until the ground is soft enough to plant again.

Imagine, if you will, an overwhelming number of Americans suddenly willing to relocate for a few months to work those California fields, or those Michigan Cherry orchards; spending long, hard hours away from their friends and families; living in affordable temporary housing that they or their employer provides. And after the back breaking harvest season, they earn $3.25 an hour less than their friend that is a life guard at the public pool. Maybe you can imagine a rush of newly graduated high school students and twenty and thirty-somethings uprooting their American lives to fill those jobs. Personally, I cannot.

Closing borders and deporting Mexican and South American workers will effectively cripple American food production. And even outside the hotly debated farm worker situation, there are many other industries that will be affected by deportation and it will trigger a series of economic catastrophes as they shutter their businesses, one by one, for lack of minimum wage workers.

Now, imagine if the USA deported every undocumented immigrant tomorrow.

A large portion of the restaurant industry is employing workers just like these. Restaurants in all our major cities would come to a screeching halt and within months they would be forced to close for lack of employees who do all the back of the house work that “our” kids and friends refuse to do because we are “over-qualified.” 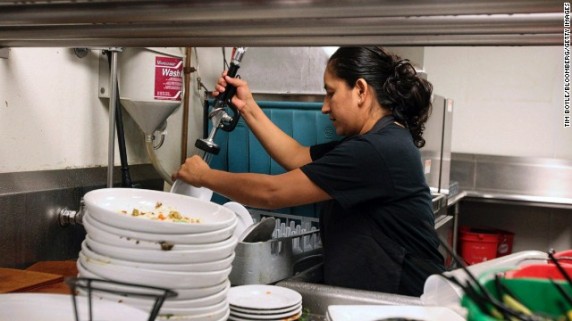 When a restaurant’s doors close, it’s not just the dishwasher out of work. It’s the bartender, the server, the cooks, the hostess, the sommelier, the managers and the owner. For every one dishwasher there are six to eight other back and front of the house employees. Now multiply that by 355,000. THAT is the impact of deporting these workers en masse.

The same domino effect will happen in farming, landscaping and maintenance services, child-care, house-keeping for private homes, hotels and hospitals. When the manual and hourly workers are pulled from all the jobs they currently do, then businesses close and all other employees lose their jobs as well.

Within one year we would feel the nationwide economic impact with the loss of the same laborers that the GOP is so eager to toss over the border. We need to slow the roll here and have a logical discourse about the impact on America that a sweeping edict like deportation will have on the nation.

I have a sinking feeling that the same breed of MBA wielding wizards who crashed the stock market in 2008 are now “advising” the GOP and our current administration. It’s like watching someone standing on a railroad track and the train is a mile away and they aren’t anticipating its arrival. Everyone hears the whistle and these are the only train tracks in town.

Which brings me to the “Wall”. I just have one question for Donald.

Who the hell do you think is going to be hired to actually build this “wall’?

Privileged Americans! If you’re curious about the real lives of these faceless people some want tossed out of the country? Check out Farmworker Confessional. http://modernfarmer.com/2013/11/farmworker-confessional/

And while we are busy building figurative and (hopefully not) literal walls, don’t imagine countries like Mexico are going to continue buying our exported products. THAT will be another massive hit to the United States economy. Take a look… and that’s in billions…with a “B”. 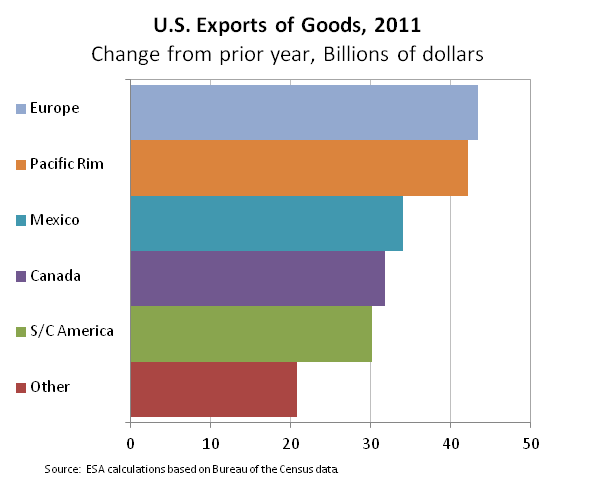 Send this to your representative in Washington D.C. and ask them if they are taking these issues into consideration while they wave their flags and cheer on their new quarterback.

If you don’t know who they are, find them here: https://www.usa.gov/elected-officials

And have a great lunch…